"Of course I knew you would be a great wizard Anthony, because of the strength of your magical lineage!"
"But professor, surely it was the power of friendship and hard work that let me succeed!"
Professor Rawlins smiled beatifically at Anthony. "No!" she said, humoring him, "The magic you were born with is all that really matters."

--excerpt from Anthony Charterstone and Warlock's Curse, by RJ McElhenny

You're a wizard, and don't let anyone tell you any different. Especially not RJ McElhenny. She's just about the richest author on the planet, all thanks to her series of banal, lowest-common-denominator stories about wizards. Stories that make it pretty clear just what sorts of people she believes deserve to be called "wizards." If you weren't born magical, if you needed to learn how to wield the arcane or if your power stems from a patron or charm... well then you're an almost-wizard, as far as RJ McElhenny and her fans are concerned.

Well now, you've had quite enough of this, so you're going to get revenge the only way you can: stage an elaborate wizard heist through her well-appointed manor and steal her golden quill!

Let's Rob RJ McElhenny and Steal Her Golden Quill is about taking on a fantasy novelist because you're tired of the shitty takes she keeps unloading on Twitter. It is, notably, a game with no subtext whatsoever and legally you can't prove otherwise.

This here is a story game for three to five players. No prep, no GM, only about an hour to play unless you really take your time luxuriating in the petty vandalism you wreak on McElhenny Manor.  Functionally, it's a simple narrative exercise in using the prompts to create obstacles in your way and telling stories of magic, skill, and teamwork to blow past those obstacles on your way to the heart of McElhenny Manor.

There's no losing the game. This is cathartic revenge fantasy, full of big action scenes powered by magic, where short-term failure just means throwing more spells out until the room finally explodes or whatever.

When you download this game you'll get a file which is made to be read off a screen like any ordinary PDF, and files which are made to be printed out (double-sided, flip on short edge) to be assembled into a sixteen-page, black-and-white zine. Keep it in your pocket in case you need to do wizard crimes at a moment's notice.

Note: Because I want this game to be as accessible as possible, the "demo" version listed at the bottom of the page contains the entire game in PDF form; the paid version adds the printable files. If you are not able to pay at this time, or if you want to make sure this game is for you, please download the demo, without judgement or expectation.

"A fun little no-prep single-session game about a wizard heist. The best kind of heist!" - zigmenthotep

Listen to the Actual Play (followed by an interview with the author!) with GTRTPcast.

In order to download this subtext-free game you must purchase it at or above the minimum price of $10 USD. You will get access to the following files:

Support this subtext-free game at or above a special price point to receive something exclusive.

You want the zine printed out and mailed right to your door? Friend, I am here to serve. You'll get the digital files, of course, but in addition I will print out a copy on my laser printer, staple it, put it in an envelope, and ship it wherever you tell me to, USPS First Class.

After you buy this, you'll get a chance to give me your address, and an email address where I can send you a message to let you know I've sent it off.

The game is simple and fun, do recommend playing esp. with people who aren't as familiar with TTRPGs. I was very confused when I first saw this though because I thought it was about the actor Rob McElhenney (Mac from IASIP.)

Well, you should have known It wasn't him because of the implication.

A clear artistic vision executed with total confidence. A rulebook that's a blast to read. This game kicks ass. (And I haven't even played it yet!)

played this game with all my gay genderqueer friends, had a blast exploding McElhenny to little bits!

what a cool fun game with no subtext whatsoever!

I haven't even played yet but I'm reading through the zine to get a feel for the game. Reading aloud to my partner as well... His review: "this reads like a Douglas Adams vendetta!!" AND WE ARE HERE FOR IT.

I can't wait to play this, the zine is hysterical and cathartic. Thank you for sharing it in the Trans Rights bundle! 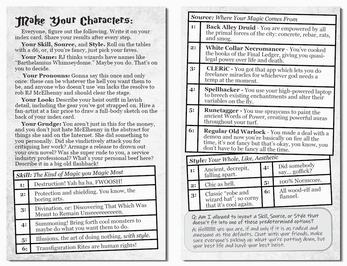 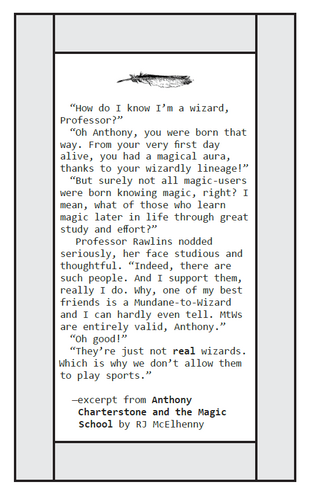